Who Will Save Us from Sexy Pizza?

I’m usually a pretty open-minded person with a live-and-let-live philosophy of life. But sometimes you see things that are so ridiculous, annoying, or stupid that you can’t help but get your knickers in a twist. (Hoping it isn’t just me…)

Like one Halloween season a few years ago when I visited one of those Halloween superstores because I needed more purple lights and because you can never have too many faux tombstones. While I was shopping there, I was reminded of a Halloween pet peeve of mine… one that set me off on a rant.

It’s the one current Halloween trend that really just pisses me off, and it’s impossible to avoid. And that is the Sexification of Halloween.

You know what I’m talking about.

It’s those ridiculous costumes they’re pushing now for women. Costumes like Naughty Nurses, Sexy SWAT Snipers, and Spandex-clad barely dressed pirates… or any number of nearly interchangeable outfits based on super-short skin-tight tube dresses that look like someone forgot to include the pants?

As one of the world’s most devoted Halloween fans, I believe that everyone is entitled to celebrate Halloween in their own way. But enough is enough!

There’s nothing wrong with having fun and dressing up in a risqué costume one night a year. But what I object to is this: Why are so many of the costumes sold for women and girls deliberately sexualizing? There’s so much pressure for women and girls to wear costumes that are provocative and revealing, especially when they don’t even resemble what they’re supposed to represent.

And if you want to explore the very depths of their cluelessness, consider this: One company is marketing a “Brave Red Maiden” outfit this year, clearly modeled after the garb of the sex slaves in The Handmaid’s Tale, a show about rape and misogyny! (Update: The company has pulled this costume off the shelves after being taking their lumps on social media .)

Here are some other real examples that are available online and in stores:

Which is why I was so excited when my daughter turned me on a couple years ago to a fabulous website called Take Back Halloween. 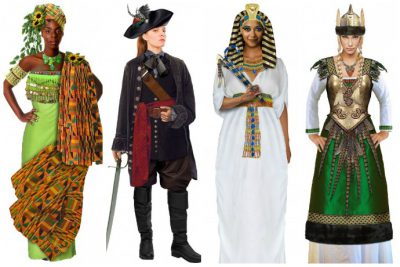 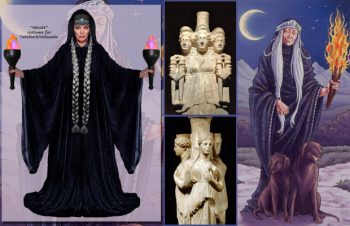 Suzanne will be revamping the website this year to make it more inclusive – not just Halloween, but empowering costumes for women and girls for any time of year. The name of the site will also be changing to reflect this.

Take Back Halloween is a labor of love; it sells nothing, so it’s supported by donations. And thanks to successful Kickstarter campaigns since 2013, there’s an alternative for women who don’t want to appear in public as a Sexy Firefighter, Sexy Hamburger, or Sexy Elmo.