Who Wants to Be Sexy Pizza?

I’m generally a pretty open-minded person, and I believe that everyone is entitled to celebrate Halloween in their own way. But there’s one Halloween trend these days that really gets my knickers in a twist, in a manner of speaking. And that is the Sexification of Halloween.

I’m referring to the ridiculous costumes they’re making for women these days! You know what I mean… the Naughty Nurses, Sexy SWAT Snipers, and Spandex-clad barely dressed pirates… or outfits based on super-short skin-tight tube dresses that look like someone forgot to include the pants?

There’s nothing wrong with having fun and dressing up in a risqué costume one night a year. But why is there so much pressure for women and girls to wear costumes that don’t even resemble what they’re supposed to represent? Especially when most of the costumes available in stores or online for adult women (or for teen girls) are provocative and revealing. These are real examples that are available online and in stores:

Which is why I was so excited when my daughter turned me on a couple years ago to Take Back Halloween. 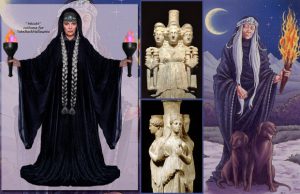 Take Back Halloween.org is a labor of love; it sells nothing, so it’s supported by donations. It’s a great example of how you can finance your dream with crowdfunding if you can build a fan base. And thanks to successful Kickstarter campaigns since 2013, there’s an alternative for women who don’t want to appear in public as a Sexy Firefighter, Sexy Hamburger, or Sexy Elmo.