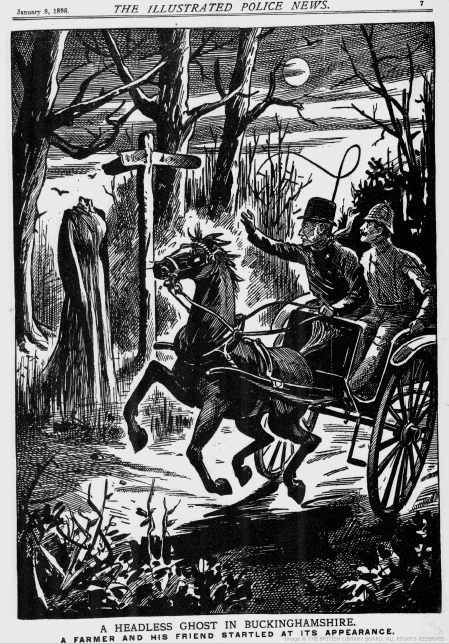 Spiritualism was a big deal in the 19th century – the Victorians really loved their ghosts. Many people routinely attended séances and quite a few even reported supernatural encounters in their everyday lives.

This obsession with ghosts and the afterlife was reflected in the press of the day. Recent research by the British Newspaper Archive, a collection of historic British and Irish newspapers, has revealed that thrilling tales of ghostly encounters were routinely reported in the mainstream press as serious news items. One publication that printed such tales with particular gusto was The Illustrated Police News.

First published in 1864, the paper was one of the earliest British tabloids. It featured sensational melodramatic reports and illustrations of crimes, tragedies and unusual events from around the country, including those of a supernatural nature.

For the scoop on real Victorian ghostly encounters, click here to read the entire article at findmypast.com