The “Ghostbusters Ruling” – Can a House Be Declared Legally Haunted?

by Maledicta | May 5, 2019 | Haunted Homemaking, Oddities and Curiosities | 1 comment 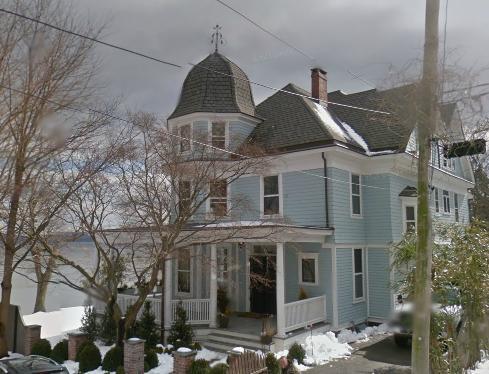 This beautiful Victorian-style home looks nothing short of idyllic, perched right on the Hudson River in Nyack, New York. Yet it hides a bizarre secret – the dwelling boasts five bedrooms, three bathrooms and three poltergeists.

Yes, this picturesque home is haunted and has even been legally declared haunted in a court case – the first of its kind, in fact.

In the New York judicial system, the case is referred to as Stambovsky v. Ackley, but its popular nickname, the “Ghostbusters Ruling,” is way catchier…  not to mention accurate, as the most famous part of the decision contains the phrase “as a matter of law, the house is haunted.”

It wasn’t exactly an Amityville Horror situation. ‪For over 20 years, Helen and George Ackley and their children accepted and lived in harmony with their ghosts.

When Helen Ackley put the house on the market, they didn’t mention the ghost stuff to the buyer, who found out about it when one of the locals asked him why he was buying the “Haunted House.” The buyer, Mr. Stambovsky, took the Ackleys to court to cancel the deal and get his deposit back.

The New York appellate court declared that the house was haunted “as a matter of law.” The case was ultimately settled. Of course, Helen had no problem selling her house afterwards – there’s no shortage of people who would love to live in a haunted house!

Meanwhile, the “Ghostbusters Ruling”  is now taught in U.S. law school classes, and homeowners are required  to disclose to potential buyers whether any ghosts happen to be haunting the place.

Read all about the haunted house in Nyack, New York, that changed the real estate business!