Would You Confess Your Crimes to a Skeleton? 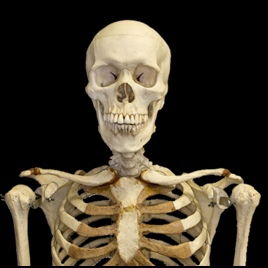 Inspector Skellington wants to know: “Where were you on the evening of November 17th?”

Back in the 1920s, inventor Helene Adelaide Shelby was pretty sure you would.

Criminal justice might be a whole different ballgame if law enforcement officials had heeded the advice of one Helene Adelaide Shelby of Oakland, California.

Savor the genius of Shelby’s innovative idea — What if someone besides an ordinary detective oversaw the interrogation of the suspect? What if, for instance, the questioner was a scary skeleton with glowing red eyes? The skeleton would seem to pop up out of nowhere, lit from above, surrounded by a billowing diaphanous sort of shroud. The interrogator’s voice would emanate from the skull, where there was also a hidden camera to record the suspect’s every word and reaction.

Shelby was betting that your average evildoer, when confronted with the terrifying apparition, would spill their guts and confess everything. 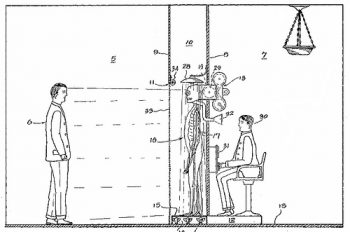 She even obtained a patent for her invention in 1927, though as far as we know, no one has ever actually put it to use in a criminal interrogation.

Does it amount to coercion when you obtain a confession by scaring the snot out of the suspect? Or is it just a clever psychological trick that helps bring bad guys to justice?