Sweet Success – The Secrets of a 5th-Generation Sugar Skull Artist 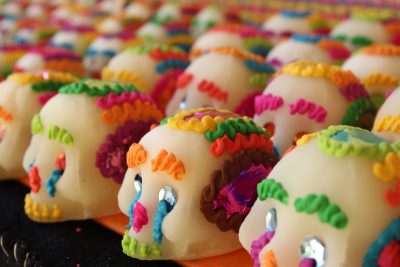 Elvira Mondragón Garcia’s cranial creations range from the size of a gumball to the size of an actual human head!

In the atrium of the National Museum of Mexican Art in Chicago, behind a row of stanchions, is an array of skulls made of compressed sugar. The skulls have metallic sequins for eyes and neon icing for hair. Shiny pieces of colored hand-cut foil are stuck to the molds to create intricate detailing. 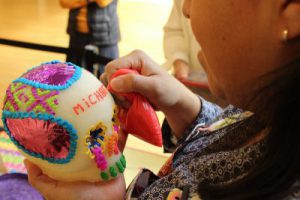 According to Elvira Mondragón Garcia, each skull has a different expression that ranges from curiosity and happiness, to sadness and discomfort. “My sentiment is that a bit of me goes into its creation and whatever I’m feeling in the moment, is reflected back in its design,” she says in Spanish. 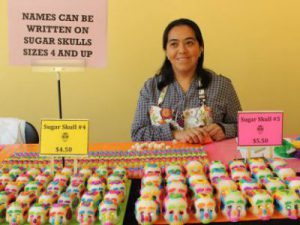 Mondragón, a fifth-generation sugar skull maker from Toluca, Mexico, says that all of her family’s products are handmade, including the skull molds. “We’ve been approached by people who tell us they can create machinery that allows us to mass produce,” she notes. “But we don’t want that. It removes the magic of what makes every skull special.”

Visit Atlas Obscura to read about this 170-year-old family business whose legacy dates back to the Aztecs!