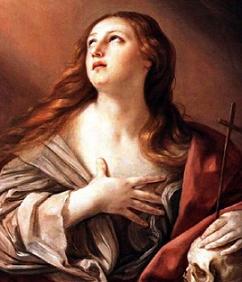 It was hard out there for a Medieval Redhead. In fact, your hair color could have been fatal.

Perhaps it’s just because we’re different, but people with red hair have been persecuted or shunned throughout history. In medieval times, my flaming hair and freckles would likely have marked me as an instrument of the Devil. Red hair was considered a sure sign of beastly sexual desire and moral degeneration… and that wasn’t even the worst of it.

The infamous late 15th-century witch-hunting manual, Malleus Maleficarum, warned that red hair and green eyes were marks of a witch, werewolf, or vampire. At the very least, redheads were considered untrustworthy, dangerous, and even violent. The Spanish Inquisition actually singled out redheads for persecution, believing their hair color was a definitive sign that they had stolen the fires of Hell.

Medieval writings based on ancient Hebrew legends blame Judas (who according to these legends had red hair and freckles) for everything. As the legend goes, the betrayer of Christ was cursed by God to roam the earth, feeding on the blood of humans, undead for all eternity – in other words, the original Vampire.

Some of this prejudice has persisted even into the modern age – ever hear the expression “beaten like a red-haired stepchild?” At least we’re not getting burned at the stake anymore.

Read the entire article at Interesly.com!