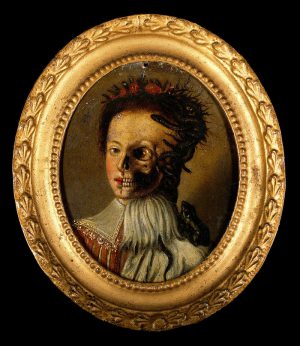 Until the 20th century in America, death was much more a part of everyday life. When death came, people usually died in their own beds, surrounded by their loved ones, and their bodies were cared for and displayed in their own homes.

Infant and child mortality was common, and in the days before antibiotics and modern sanitation, life often ended unexpectedly. Death could come in the blink of an eye.

Previously, death was something to be considered and contemplated, and this took artistic form in the long history of the Christian tradition of memento mori. This concept—drawn from Latin, “remember that you have to die”—imbued all types of art, cemetery symbolism, and jewelry.

This fleeting nature of life was acknowledged in texts, from the Bible (“Therefore keep watch, because you do not know the day or the hour,” Matthew 25:13) to inscriptions on sundials (“It is later than you think,” or “The last hour to many, possibly you”). Far from being regarded as morbid, these reminders of mortality were prompts to embrace life. 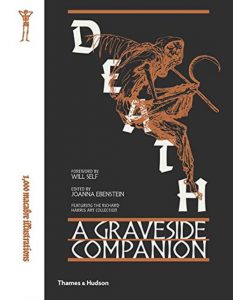