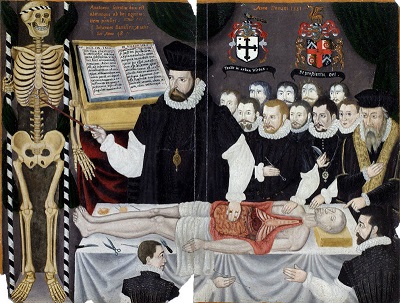 In 17th century England, at the age of 23, Richard Baxter, writer of Protestant Christian works, was generally having a bad time. Every day he coughed, sometimes spitting blood. He had pains in his stomach, suffered from daily flatulence and joint pains, had bouts of scurvy, and to top it off, often had an achy tooth. He suffered from constant headaches, and much of the medicine of his day had no idea what to do with him. So he did what anyone else would in his time, under the circumstances: he tried some more potent cures, made of human corpses.

Baxter’s ailments plagued him in the middle of an increase in medical cures in Europe, made from human body parts and blood from corpses as ingredients, now called corpse medicine.

The use of dead bodies in medicine had been simmering in the medical community since around the year 25 in parts of the ancient Roman empire, with more organized and widespread use in Europe since the 1200s, lasting in dwindling practice into the 1890s. Over the centuries, physicians experimented with their corpse-related remedies; human remains became a cure for anything from gout to deep wounds.