The Dark Side of Disney 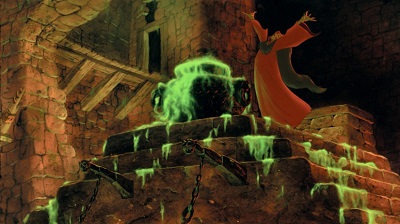 For most of the 1970s, Disney’s movie-making division was struggling. While their animated films were still doing reasonably well, their live-action films were mostly box-office failures.

The wake-up call came as the result of a missed opportunity… when (like every other major studio except 20th Century Fox) Disney turned down a certain movie being shopped around by a guy named George Lucas. It was an outer space/sci-fi/fantasy homage to the serials of the old days. He called it Star Wars. This led to a major shake-up in the creative direction of Disney Studios.

Younger audiences – particularly teenagers – were looking for more sophisticated, edgy entertainment. While movies like Star Wars and Jaws broke records, Disney’s live-action films were beginning to look increasingly out of step with public tastes. To this end, Disney embarked on a fresh approach to movie-making at the end of the ’70s, resulting in a string of films that were, by the studio’s standards, unusually dark.

Visit Den of Geek to read this fascinating and informative article!