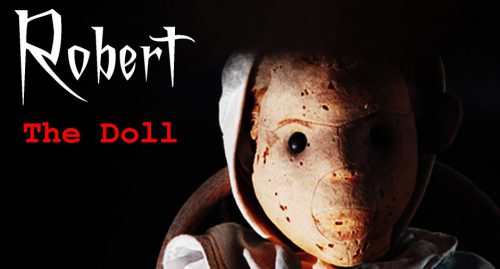 When it comes to demonic dolls, Chucky and Annabelle may have more film credits to their names, but there’s another famous haunted doll out there with many more years of experience.

His name is Robert, and he currently resides at the Fort East Martello Museum in Key West, Florida.

Robert was, in fact, the inspiration for Chucky. But unlike Chucky, he isn’t all that scary looking… more like… let’s just say “creepy.”

Robert is 40 inches tall and stuffed with excelsior straw (and hate)… He’s supposed to be a little boy in a sailor suit, but he doesn’t look all that human. His eyes are black and beady, and he doesn’t have much of a nose to speak of. His face is covered with brown nicks that look like scars.

Beyond his shortcomings in the looks department (though I’ll admit he doesn’t look all that bad for his age considering he’s at least 114 years old), Robert also has a few… shall we say… personality issues. Not only did he bedevil the residents of Artist House for 90 years, but legend has it that he’s still responsible for many misfortunes that have befallen those who are foolish enough to get on his bad side. 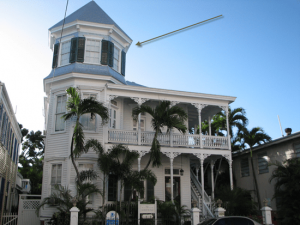 Robert was once the property of a little boy who himself was named Robert – Robert Eugene Otto, the son of a prominent Key West family, who later became an author and artist. Robert the doll was named after his owner, who went by the nickname of Gene.

There are conflicting stories about Robert’s origins. Some sources claim that the doll was purchased in Germany by the boy’s grandfather in 1904 and presented to him as a gift for his fourth birthday.  Another version says that the cursed doll was given to Gene by a voodoo-practicing Bahamian housemaid as revenge for the abuse she endured at the hands of the family.

Robert’s caretakers at the museum claim to have traced Robert’s origin to the Steiff Company – the same German company that made the original Teddy Bear in honor of Theodore Roosevelt. A Steiff historian said that Robert was probably never intended to be a doll but was likely part of a set of figures manufactured for a display of clowns or jesters.

(Robert’s trademark white sailor suit was not part of his original equipment and was probably one of Gene’s own outgrown outfits.)

Gene and Robert bonded instantly, and the little boy took Robert with him everywhere he went. The doll had his own chair at the dinner table and shared Gene’s bed every night. However, it soon became clear that Gene was strangely – even obsessively – attached to Robert and referred to him as if he were a sentient being.

At night, Gene’s parents would overhear him having conversations with Robert. Gene would talk in his usual voice, and then a different, lower voice would reply. Mr. and Mrs. Otto assumed that Gene was deliberately changing his voice to speak for Robert, but over time, they weren’t so sure… His mother recalled responding to cries from Gene’s bedroom to find him cowering in a corner while Robert loomed over him menacingly.

Multiple accounts from family members and visitors mention Robert turning up unexpectedly in various places around the house. Many mentioned that they had seen him change facial expressions, his faint smile turning into an evil glare when he was offended. Gene was also prone to frequent fits of rage, which he usually blamed on Robert. And whenever things got mysteriously broken or when random accidents or mishaps would occur, Gene would say “Robert did it.” 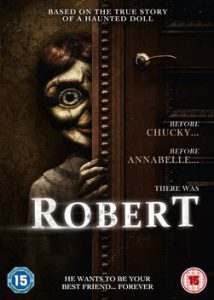 Who needs Chucky? Robert has movies too!

Gene’s weirdly obsessive bond with the doll was something one might not find unusual in a little boy; lots of kids have imaginary friends who sometimes get the blame for their own misdeeds. But things got even weirder – as an adult, Gene stayed close to the doll and continued to insist that Robert could act on his own.

When Gene went away to college, Robert stayed behind at the family home, patiently awaiting his return. Eventually, Gene moved back into the house with Anne, his bride, who must have had some reservations about sharing her husband with his stuffed childhood buddy. Friends said Anne was never comfortable with Robert, especially when Gene placed him on a chair next to their bed every night.

At some point, she must have put her foot down, because eventually Robert was banished to the upstairs turret room, where he continued his devilish antics for many years. He was often seen positioned in front of various upstairs windows, watching the street below and scowling at passersby. Schoolchildren would cross the street to avoid the house, claiming that Robert would mysteriously appear and disappear from the upstairs windows and taunt them.

Robert also continued to terrorize houseguests, who might sometimes find themselves locked in the attic. Some reported hearing mysterious footsteps overhead and evil laughter emanating from Robert’s room.

When Gene and his wife passed away in 1974, Robert was placed in a locked trunk in the attic, where he remained until he was discovered by a new family. Their 10-year-old daughter fell in love with Robert, but it seems Robert wasn’t open to a new relationship. The little girl soon found that she would wake up in the morning to find all her dolls’ heads ripped off. Sometimes she would awaken screaming in the night, insisting that Robert was moving around the room and had attacked her.

The last straw came when the family found their dog in the living room tied up tightly with cord, and they put Robert back in his attic trunk. Many years later, the girl still believes that Robert was real and alive… and evil!

As the house passed from owner to owner, Robert was passed along with it. Each new set of caretakers eventually came to believe that Robert was haunted and could move around the house on his own.

They all reported similar experiences, hearing footsteps overhead and the sound of childish giggling or a darker, more sinister laughter. Some claimed that Robert’s expression would turn from benign to malevolent if someone badmouthed him or criticized Gene.

Finally, after 90 years of haunting, the owners of Artist House (as it came to be called) decided they’d had enough of Robert’s antics and donated him to the museum in 1994. 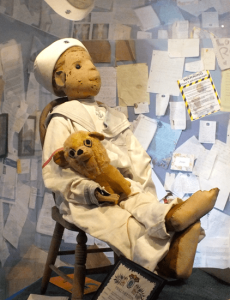 You might think this would be the end of Robert’s story… but in fact, it was just beginning!

When Robert was put on display at the museum, strange things began to happen. Cameras and other electronic devices (even a few pacemakers!) started to malfunction in his presence. People who said mean things about Robert or Gene often found themselves suffering a streak of bad luck… car accidents, broken bones, job loss, divorce, and a cornucopia of other misfortunes have all been attributed to Robert.

They say that if you want to take Robert’s picture, you must ask politely for permission. If he’s willing, Robert will give you a subtle nod. If you take a photo without permission, you and anyone else who accompanied you to the museum will be cursed! 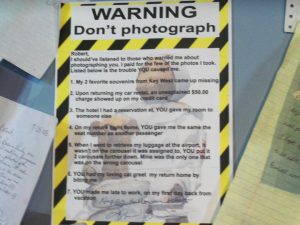 Robert is the star attraction of the museum and gets many visitors.  People also write him letters, averaging about one to three per day. These are typically not fan letters – they’re often apologies. Many visitors attribute their post-visit misfortunes to having disrespected Robert or made fun of him or taken his picture without permission, and they write him begging forgiveness. Others ask him for advice or to hex those who have wronged them.

He also receives emails, and some admirers, having heard that he has a sweet tooth, send him candy, as well as sometimes money or marijuana.

Robert’s fame has extended now to ghost tours, TV shows, and a 2016 horror film (with a sequel in the works!), and he also has his own Wikipedia page and social media accounts. You can even get Robert merchandise like T-shirts, books, and even replicas of Robert himself through the museum store.

Robert holds court now at the museum in his glass case, seated on a chair with a stuffed toy lion in his lap, leaving occasionally for special appearances and TV gigs. On the walls behind him are a few samples of the letters he’s received.  Ghost hunters, psychics, skeptics, and believers alike all come to see him to decide for themselves whether there’s anything to the stories. 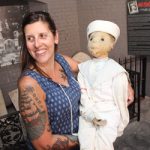 Once a year, Cori Convertito (curator of the museum and Robert’s latest caretaker) takes him out of his display case and checks him over to make sure he’s holding up in the humid Florida weather. She’s also his personal manager, handling all his correspondence and curating his social media presence.

Does she believe that Robert really is haunted? Did he come with a curse from the beginning? Does he feed off the energy around him? Or is Robert now the home of the spirit of Gene, his onetime companion? She’s says she’s not sure, but so far they have a pretty good working relationship. 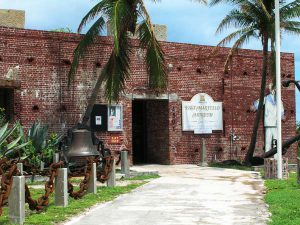 If you want to visit Robert in person, he’s receiving visitors at the Fort East Martello Museum daily from 9:30 to 4:30. Or you can always write him a letter! His permanent address is: