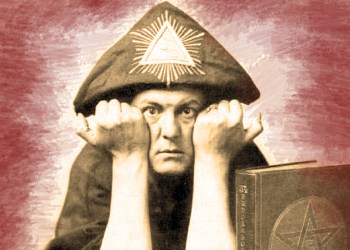 Aleister Crowley, one of the most controversial figures of the 20th century, never missed an opportunity to be a provocateur. He either impassioned those around him with a sense of freedom or enraged his more conservative contemporaries, who called him “The Wickedest Man in the World.”

As times have changed, we’ve lost some of our ability to be shocked by Crowley’s devilish antics, but he’s still a part of us. He somehow crept into our collective hearts and minds, planting the seeds of paranoia and encouraging belief in conspiracy theories full of shadowy secret societies and dark magick. Are you paranoid about the Illuminati or other evil cabals of puppet masters pulling the strings of our politicians? For that, you can thank Aleister Crowley.

If Crowley contributed anything at all positive to the world, it would be as an inspiration to mystics, entertainers, and performers to think outside the box and create their own unique kind of magic.

Click here to read the full article about “The Wickedest Man in the World.”